Ma Nerva of OTO was appointed High Admiral of New Magincia. Her duties include keeping the various Sea Monsters that keep attacking the island at bay with her forces. Those who wish to join the New Magincia Navy & fight by her side should report to New Magincia docks Saturday Night's at Midnight EST.

Nails Warstein was appointed Royal Trade Minister of New Magincia. His duties will include all Trade matters for the Island City & Treasury Matters.

Wild Orchid, Fairest Flower & Countess of New Magincia has been appointed Lieutenant Governor for her outstanding service to the Governor & Citizens of New Magincia. She will be the Second in Command if I am absent.
Long Live the King! 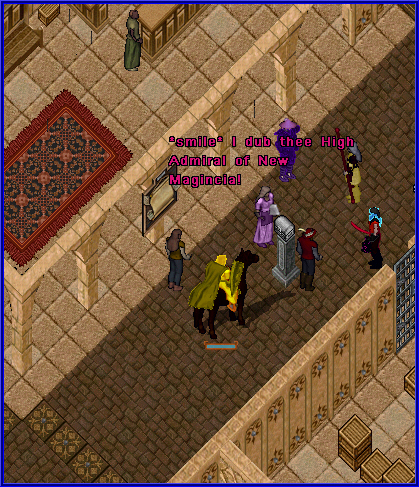